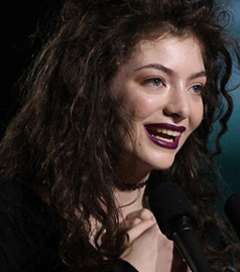 Lorde to Perform at Grammys 2014

Lorde is set to perform at the Grammys 2014 award show later this month, amongst a set list that includes Katy Perry, Metallica, and Chicago.

This may not be the only chance the young Kiwi artist has to grace the Grammys stage, having been nominated in four categories at the music awards, including record and song of the year, best solo performance, and best pop vocal album for her debut album Pure Heroine.

Lorde missed out on a nomination in the new artist category, which resulted in pop music veteran, Lily Allen, taking to Twitter proclaiming: “#SHAMMY #lordemusic rocks”.