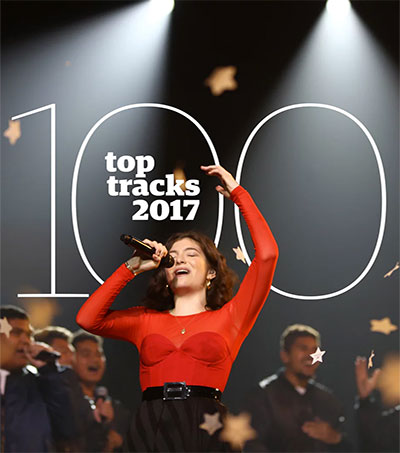 England’s Guardian collates a list of the 100 best songs of 2017 as voted for by its critics, which Auckland-born singing sensation Lorde tops, with the single Green Light from her award-winning second album, Melodrama.

“With this barnstorming anthem dispelling any remnants of her one-hit-wonder reputation, Lorde showed again that she is as adept at savage detail (“She thinks you love the beach, you’re such a damn liar”) as she is at the unifying power of a simple chorus,” the publication writes.

“The desperation for a ‘green light’ that will let her speed off from heartbreak is horribly, powerfully tangible in her utterly unselfconscious delivery. She’s a star who can do one of the most valuable things in pop – articulate and clarify the feelings of millions – and the most exciting thing is that, as she is 21, there is likely so much more of it to come.”