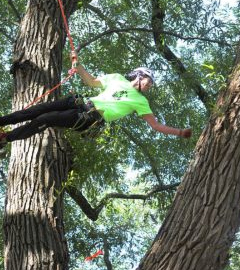 Three New Zealanders have climbed their way to the top of the 2013 International Tree Climbing Championship in Toronto. Scott Forrest, Nick Ward-Allen and James Kilpatrick (pictured) each won top places at the championship, with both Forrest and Ward-Allen gaining the men’s and women’s World Champion title respectively.

New Zealand Arboricultural Association president Bruce MacDonald says it is great to repeat the team’s 2011 success and “shows our climbers are consistently among the best in the world”.