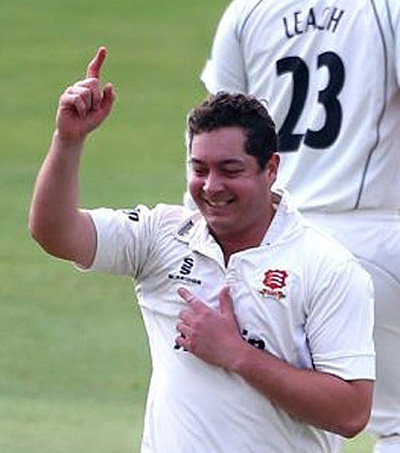 New Zealand cricketer Jesse Ryder has delivered an outstanding performance for Essex which leaves them on the verge of promotion to the top division of the County Championship.

Ryder took career-best figures of 5-24 on the first day of a home game against Worcestershire on Tuesday, dismissing them for 84.

Essex are now in position to win their fifth successive four-day game, reaching 198-3 by stumps with Ryder still to bat.

Ryder began his career with Essex predominantly as an attacking batsman and carouser, however he has become Essex’s leading wicket-taker for the season, with 43.

“He came here as a batsman but his bowling has been a revelation and we now consider him a genuine all-rounder.”

The 30-year-old took 5-50 last week against Leicestershire and now has four five-wicket bags this season.

Exploiting overcast conditions with the new ball, Ryder’s right-arm seamers removed five of the top seven batsmen in a deadly 10-over spell.

He took 5-6 in the space of five overs, also claiming a catch during that period.

Third-placed Essex will probably need an outright win in what is their last game of the season, to leapfrog Hampshire and join division two leaders Worcestershire to gain promotion to division one next season.