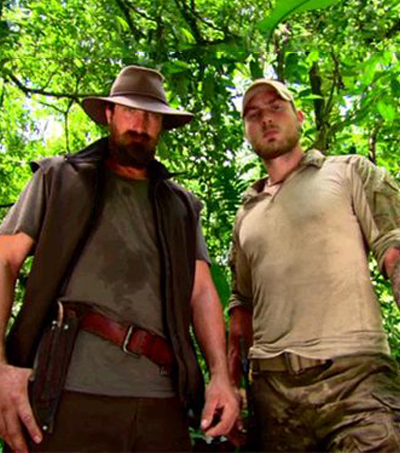 Josh James an “experienced outdoorsman from New Zealand’s South Island” will join the cast for Dual Survival Season 8. The Kiwi has “lived off the grid for years, hunting and fishing to provide for his family,” as reported in Starcasm.

The three survivalists couldn’t be any more different. Powell, who served in Iraq and North Africa, “tends to adopt a strong-willed and impetuous approach in order to overcome any obstacle”. “His time in the army taught him that survival in any environment is less about skill and more about mindset,” as reported in Broadway World.”

Bo, a former special operations combat airman, “served as a military intelligence security contractor in Iraq, Afghanistan and Africa in some of the harshest possible conditions.”

“According to advance press materials, the drama between Bo and Grady is fueled by the first inter-military pairing in Dual Survival‘s history.”

Kiwi bushman James’ approach to survival is patient and balanced, which forms a stark contrast to Powell’s approach.

The Dual Survival team is joined by two new hosts – EJ Snyder and Jeff Zausch – best known to Discovery viewers for their exploits on Naked And Afraid.