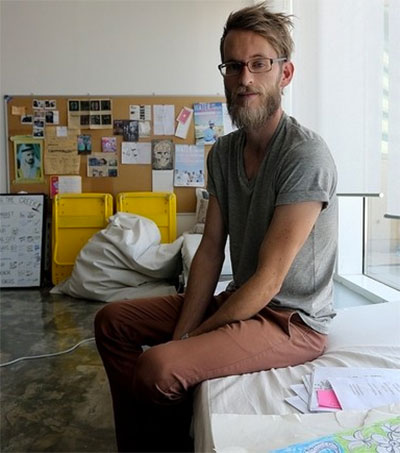 Jonny Kennaugh was passing through Dubai while travelling the world with his wife Aimee-Rose Stephenson. A two-month visit became five years when the New Zealanders decided to launch social initiative, The Sameness Project, with the aim of overcoming social and cultural barriers.

Since its launch the project has undertaken initiatives to help everyone from taxi drivers to labourers, maids and special-needs children.

Under the umbrella of the project, in the summer of 2012, Kennaugh and a few friends set up Water For Workers. What started as five or six people handing out 30 or so bottles of cold water to labourers working outside in the heat had, by last year, gained so much momentum that 700 volunteers showed up to distribute 120,000 bottles.

“There’s stuff that unites us all so let’s focus on that rather than all the things that separate us,” Kennaugh, 32, says.

While the success of the initiatives he helped launch is a source of pride, he is keen to separate them from charity.

“Charity isn’t something we want to be associated with,” he said.

“There’s nothing wrong with charity, but the idea of charity immediately creates barriers, a giver and receiver, rich and poor, which is why The Sameness Project is about sameness.

“Human beings have a tendency to create sub cultures but it means at the end of the day we can forget that all people are just human beings.

“Here, there are so many cultures but we all have pains, dreams and joys.”