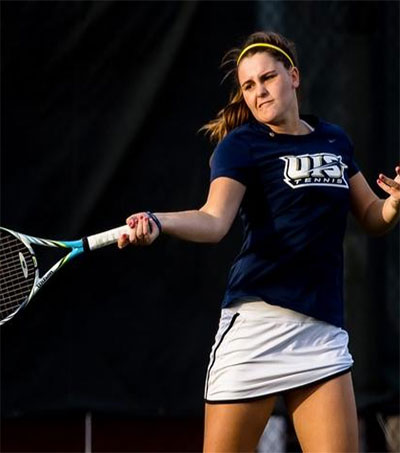 Aucklander Jane Carter is the Great Lakes Valley Conference Women’s Tennis Freshman of the Year, which is, according to the State Journal-Register, “perhaps the greatest individual accomplishment in the seven-year National Collegiate Athletic Association (NCAA) Division II history of the University of Illinois (UIS) Springfield’s entire athletic programme.”

“If Jane plays well, she could be player of the year,” UIS coach Tom Rees said.

Carter, who attended Baradene College, kick-started her college career by setting the UIS record for wins in singles competition as a freshman. She produced a 14-3 record in No. 1 singles, was 4-0 in conference play, compiled an 8-7 doubles record and beat a nationally-ranked opponent.

“Last year she was an unknown and now people know about her,” Rees said. “Now she’s going to have to work even harder and hopefully she stays one step ahead of everybody.”

Carter is feeling ready for the spring season, which has just begun.

There are other areas where she sees improvement.

“My net game like volleys and over heads … I am more confident to go for it with the help of coach,” she said.