NZEDGE  >  News  >  Society  >  Politics and Economics  >  Is it Time for Disgruntled Americans to Move? 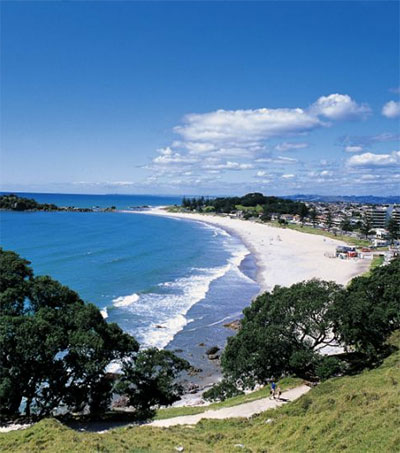 Is it Time for Disgruntled Americans to Move?

“The prospect of a Trump presidency led to some prominent Americans – including Supreme Court Justice Ruth Bader Ginsburg – joking, or perhaps half-joking, that they would move to New Zealand,” Washington Post Tokyo bureau chief New Zealander Anna Fifield writes in a blog post for the paper.

“Well, as that prospect became a reality [last] week, a whole lot of other Americans suddenly started looking not just at moving north of the border to Canada, but at the idea of moving far, far away to a small, pristine country at the bottom of the planet, where sheep outnumber people 6 to 1.

“The Immigration New Zealand website usually gets about 2300 visits from US internet addresses each day. In the 24 hours until 9 a.m. New Zealand time on [the] Thursday [post-election], it had received 56,300 visits from the United States – a 25-fold increase in traffic.

“In the same period, the New Zealand Now website – which contains information about living, working, studying and investing in the country – received 70,500 visits from the United States, said Greg Forsythe of Immigration New Zealand. That’s up from the usual 1500 visits.”

“Google data showed a sudden spike in searches for ‘how to move to New Zealand’ [after the election], concentrated in blue states like Washington, Oregon and California.

“Liz Carlson, an American who lives in New Zealand and writes the Young Adventuress travel blog, posted advice [last week] on how to follow in her footsteps.

“She runs through the working holiday visa available to Americans younger than 30 and notes that for skills-based visas, the skills that New Zealand is short of include some surprises, such as builder, baker, snowboarding instructor and winemaker.”

Fifield, whose reporting for the Washington Post focuses on Japan and the Koreas, previously reported for the Financial Times from Washington DC, Seoul, Sydney, London and from across the Middle East. She left New Zealand 17 years ago.