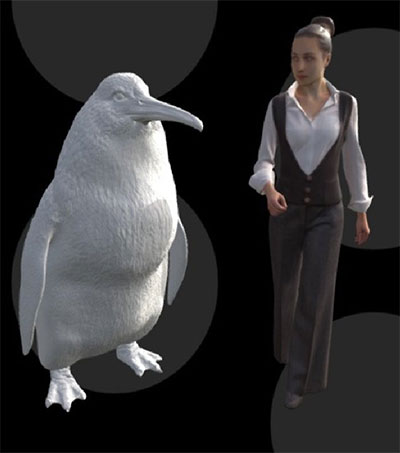 The BBC reports on the findings of the remains of a giant penguin the size of a human that were discovered in Waipara, North Canterbury by amateur palaeontologist Leigh Love in 2018.

The fossilised leg bones are of an animal thought to have been about 1.6m tall, weighing up to 80kg. It lived in the Paleocene Epoch, between 66 and 56 million years ago, the broadcaster reports.

“This is one of the largest penguin species ever found,” Paul Scofield, the museum’s senior curator, told the BBC. It was specific to the waters of the Southern Hemisphere, he added.

Penguins are thought to have become this big because large marine reptiles disappeared from the oceans, around the same time that dinosaurs disappeared.

“Then, for 30 million years, it was the time of the giant penguins,” Scofield said.

“We think that at the time, animals were evolving very rapidly,” Scofield explained. “Water temperatures around New Zealand were ideal back then, around 25C compared to the 8C we have now.”

During the time of the giant penguin, New Zealand was still joined with Australia, which in turn is thought to have been connected to Antarctica.

The new species, crossvallia waiparensis, resembles another prehistoric giant penguin, crossvallia unienwillia, which was found at a site in Antarctica.