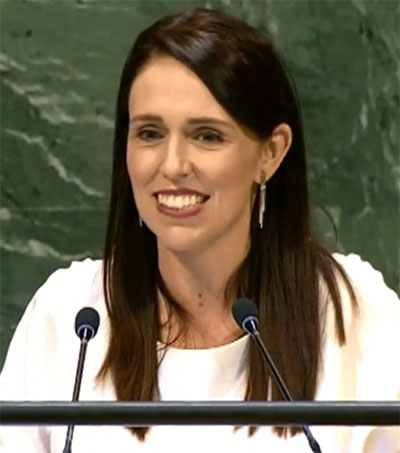 In an article featured in the Financial Times, Prime Minister Jacinda Ardern urges the world’s governments to focus on “living standards and human, social and natural capital when we set targets and track progress”.

“There’s a phrase often used to describe New Zealand. Even though we are a tiny country thousands of miles away from almost everywhere, we punch above our weight,” Ardern writes.

“Ours was the first country where all women won the right to vote back in 1893. In 1938, we were one of the first to introduce a cradle-to-grave social welfare system that endures in some form to this day.

“This tendency to push boundaries also means we are sometimes the first to learn valuable lessons. Starting in 1984, New Zealand went further and faster than nearly any country in embracing the prevailing neo-liberal economic experiment. We slashed the top tax rate, dramatically cut public spending, removed regulations that were said to hamper business and vastly reduced welfare benefits paid to the sick, those caring for children and the unemployed.

“Economists and policymakers in many other countries pointed to New Zealand as a poster child for market-based reforms which were all too frequently accompanied by abrupt cuts to the social safety net.

“In May, my government will present the world’s first ‘wellbeing budget’. This is not a concept we came up with ourselves. The OECD and the IMF have, for a while now, urged countries to look beyond a strong balance sheet and a strong economy to redefine success.

“In our next budget, we will set five priorities each deliberately focused on long-term intergenerational change.

“We in New Zealand hope to, once again, punch above our weight by forging a new economic system based on this powerful concept – one that is successful, but one that is also kind.”