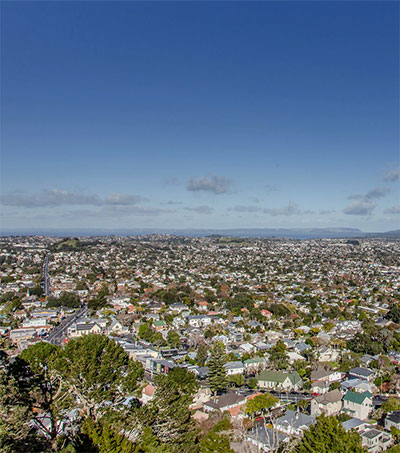 After watching home prices rise by 60 per cent in a decade, New Zealand decided to ban foreigners from buying property. Will it work? The New York Times reports.

When it was reported in 2017 that the tech billionaire Peter Thiel had bought a 193ha farm on Lake Wanaka two years earlier for around $10 million under his New Zealand-registered company, Second Star, the deal rankled locals and politicians alike. Many wondered whether Thiel, a German-born naturalised American, had received special treatment so he could avoid the Overseas Investment Act of 2005, which required foreign buyers to seek official permission to buy “sensitive land” in New Zealand.

As it turned out, Thiel had quietly obtained New Zealand citizenship in 2011, spurring widespread belief that he had not fulfilled the necessary prerequisites for naturalisation. The controversy made him the face of a growing worry in the country: that wealthy foreign investors were inflating home prices and pushing native, first-time buyers out of the market.

So last August, Prime Minister Jacinda Ardern, made good on her Labour Party campaign promise to amend the Overseas Investment Act by designating all existing residential land “sensitive” – effectively banning foreigners from buying any existing homes in the country.

New Zealand became the latest in a wave of governments placing restrictions on foreign investors, joining countries like Denmark and Switzerland, which have long restricted real estate investment by noncitizens.

In New Zealand, the new law, known as the Overseas Investment Amendment Act 2018, has met with a mixed response. Some, like David Parker, the country’s trade and export growth minister, see it as essential. Last August, Parker described it to Parliament as “a key part of the Government’s plan to improve housing affordability”. Others have scoffed at its restrictions on the free market and its air of xenophobia, claiming it is an effort to deter Chinese buyers, among the most active investors in New Zealand, from living there.

At the centre of the debate is how much, if at all, the new law will succeed in bringing prices down and homeownership up.

The lack of inventory remains one of the biggest issues facing the New Zealand housing market. In 2018, about 33,000 permits for new homes or apartments were approved, up from the typical number of about 20,000, Shamubeel Eaqub, an economist at Auckland consultancy Sense Partners said. The country would have to keep up that level of building for some time to catch up to its growing population, he added, but that isn’t likely, mostly because of increased construction costs and lower profit margins – unless the government steps in with some creative solutions.

“They spent a lot of time and effort on banning foreign buyers, but it was never really well established how big a problem they were, and whether by bringing in the policy there would be a substantial effect on reducing house prices and making it more affordable for New Zealanders,” Eaqub said. “From what we have seen to date, there hasn’t been much of an impact.”