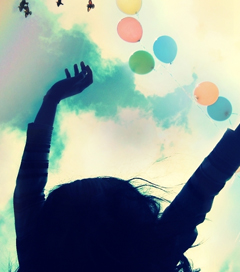 Happiness: Voting With Your Feet

New Zealand, allegedly, is the third happiest place on earth. Happiness is a subjective subject. Couples, for instance, routinely report higher relationship satisfaction when they are able to favourably compare themselves to other less fortunate couples.

If determining the happiness of individuals is fraught with subjective misinterpretation, what about divining the contentment quotient of entire nations?

One such international survey in 2012 had Haiti ahead of the United States and Afghanistan beating traditional happy heavyweight, Denmark. This was after the Haiti earthquake and well after the US invasion and subsequent decade of guerrilla warfare.

These surveys are based on questions requiring necessarily subjective answers and human beings are notoriously fickle and poor judges of their own happiness. At least that was the thinking behind a new survey devised by Spain’s Universidad Carlos III de Madrid, which instead concentrated on objective data.

In conjunction with universities in Chile and Mallorca, it collated migratory patterns as these were considered more reflective of the psychological state underpinning happiness. It’s called voting with your feet.

If people are motivated to move country, then perceptions of economic, social and institutional well-being could be incorporated into an index that measured logical values. These include availability of work, pollution, terrorism and economic inequality.