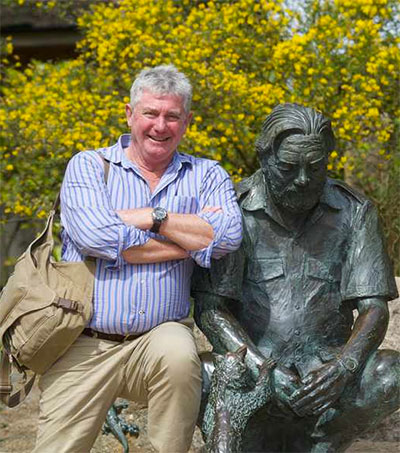 One of the world’s greatest globetrotters, Timaru-born John Bougen who was the founder of the Dress Mart chain, is closing in on the world record for the number of states visited by an individual after ticking the island of Jersey off his extended travel itinerary.

Bougen landed in Jersey this week, and his four-day break on the largest of the Channel Islands takes the total number of countries, nations, territories and autonomous regions he has visited to 238 – seven shy of the world record.

Bougen, 58, who made a beeline for Durrell Wildlife Park after touching down in Jersey, says the books written by Gerald Durrell were the catalyst for his wanderlust.

A modern-day Phileas Fogg, he is due to land back in New Zealand on 13 May, via the Cook Islands, but does not intend to stay for long as he is planning a visit to the Kerguelen Islands in the southern Indian Ocean in August.