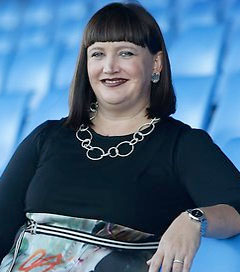 Netball New Zealand head Raelene Castle, 42, has been appointed chief executive of the Bulldogs, the first time an NRL club has hired a woman for the top job. Bulldogs chairman Ray Dib said Castle was the “standout candidate” of more than 70 who applied for the job, including “captains of industry” and applicants from six countries. Dib said Castle’s gender was never discussed. “She ticked all the boxes, she was the best person for the job,” he said. NRL chief executive Dave Smith hailed Castle’s appointment as sending a “message of opportunity” to women contemplating involvement in the sport. Two women have briefly led major rugby league clubs in the past, but the most recent was 15 years ago when New Zealander Liz Dawson was chief executive of the Adelaide Rams during Super League. Castle’s father Bruce Castle captained New Zealand against Australia in the 1960s. She has been Netball New Zealand chief executive since 2007 and is often referred to as the most influential woman in New Zealand sport. With a background in marketing, including stints with Fuji Xerox, Telecom, Bank of New Zealand and the America’s Cup marketing committee, she said she had been hired largely for her commercial acumen. “If the club is successful, all that talk of being a female will go away,” she predicted. Castle will begin her tenure with the Bulldogs on 15 July.