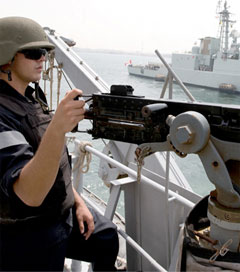 Frigate Deployed for Anti-Piracy Exercise in Gulf of Aden

New Zealand will become the second non-member state to join a NATO anti-piracy exercise in the Gulf of Aden, with navy frigate HMNZS Te Mana participating in Operation Ocean Shield for three weeks from 23 January.

“This deployment is an example of New Zealand’s commitment to playing our part in supporting NATO in areas of common interest,” Coleman said.

New Zealand was the second NATO partner nation, after Ukraine, to contribute to Ocean Shield he said.