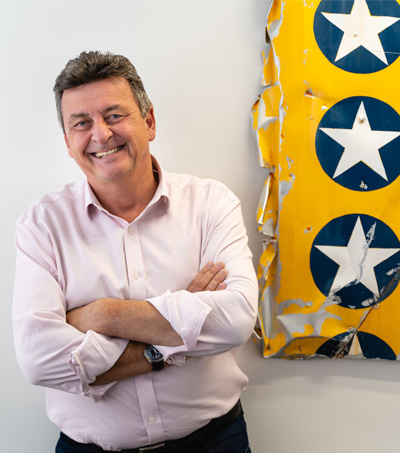 “I think we’re now at a tipping point,” says Andrew Barnes, author of the book The 4 Day Week to be published in the US, UK, Australia and New Zealand in early 2020. “We’ve got a long way to go, clearly, but this is a conversation that was nowhere 18 months ago and now it’s mainstream.”

In an interview with Dave Roos in HowStuffWorks, Barnes says the key to making a four day work week successful and leading to material improvements in productivity, lower turnover rates and lower sickness rates, is to not implement schedule or process changes from the top down.

“You have to give it to the staff,” says Barnes. “You have to have the confidence of a leader in those circumstances and say, ‘This is about you changing how you work. You tell me how you’re going to do it.’”

In 2018, Barnes’s New Zealand trustee services firm Perpetual Guardian ran a two-month trial in which its 250 employees worked four eight-hour days a week but got paid for five. The company not only saw a 20% uptick in productivity, but also lower stress levels among workers and higher job satisfaction. The two-month trial was such a success that Perpetual Guardian permanently switched to what Barnes calls a “100/80/100” system: 100 percent pay, 80 percent hours, 100 percent productivity.

A recent trial by Microsoft Japan showed that productivity at its offices in Japan increased by 40 percent after the company required workers to take every Friday off. Workers were still paid for five days of work. And according to a survey of U.K. office workers, the average number of truly productive hours in an eight-hour day is two hours and 53 minutes.

“Think about how much time every day is sucked up by pointless meetings, unproductive emails and phone calls (both work and personal), co-worker discussions and disruptions, preparing and eating lunch and snacks, refilling your coffee mug, reading news websites or catching up on social media, most of which were cited by the surveyed workers as “other activities” they were engaged in during the workday,” writes Roos.

People in work-centric cultures like the U.S. and Korea spend far more hours at the office than other economically competitive countries. According to the Organization for Economic Cooperation and Development (OECD), Americans average 1,786 work hours a year, which is 423 more hours than German workers and over 100 hours more than Japanese workers.

“One of the overriding conditions of the four-day week at Perpetual Guardian was that customer service couldn’t suffer,” says Charlotte Lockhart, a former Perpetual Guardian executive who now runs the 4 Day Week nonprofit. “So, all four workers decided they would buddy up digitally.”

Since most customer service requests could be solved over the phone or email, the workers figured out that three of them could cover all the work at both branches while the fourth took his or her day off. It’s actually a boon for customers, because now there are three or four people looking after them instead of just two.

“That’s a strengthening of our business model that was found by the staff, because they were incentivized to find that solution for themselves,” says Lockhart.

Another strategy: Look at some of the current timewasting activities and see how they can be cut down or eliminated. As part of Microsoft Japan’s trial, meetings were cut from one hour to 30 minutes and capped at five attendees.

Barnes is bullish about the future of the four-day workweek, says Roos. The U.K.’s Labour Party has made the 32-hour workweek part of its platform, and the U.S. presidential candidate Andrew Yang is a fan. Barnes said he’s been talking with companies from all over the world in every imaginable industry.

The 4 Day Week: How the Flexible Work Revolution Can Increase Productivity, Profitability and Wellbeing, and Create a Sustainable Future” is published by Piatkus, an imprint of Little, Brown Book Group in the US on January 7, 2020, and the UK on February 6.