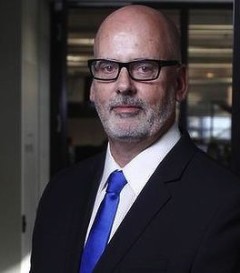 Andrew Holden, former Christchurch Press and now Age editor-in-chief, was honoured with the prestigious 2013 Friend of New Zealand award for his ‘brave efforts’ in ensuring the people of Christchurch received vital information during the devastating 2011 earthquake, writes Thomas O’Byrne in The Age. The award is given annually to a non-Kiwi who has made an exceptional contribution to the nation and is presented as part of the World Class New Zealand Awards, says the Age. The award was given to Mr. Holden by Kea New Zealand, a not-for-profit organisation whose purpose is to reach and motivate expatriate Kiwis and ‘friends of New Zealand’ to increase their contribution to New Zealand. Holden was recognised in this year’s awards for his part in communicating critical information following the deadly February 22 earthquake in Christchurch. “Surrounded by death and disaster Mr. Holden rallied his troops and kept The Press running as a vital source of information for the devastated Christchurch community,” the Kea judges said in their award citation. Mr. Holden organized efforts to restore the paper’s facilities and provide citizens with an emergency edition of the newspaper. “We knew we had a duty to report whatever we could,” Holden told The Age. Despite the destruction of Christchurch’s infrastructure, an edition of The Press appeared just 15 hours after the earthquake struck. Mr. Holden had worked on The Age before moving to The Press in 2001. He became editor of The Press in 2007, and was appointed Age editor-in-chief in 2012.  In 2011, under Mr. Holden’s leadership, The Press was awarded the title of Newspaper of the Year its efforts after the February 22 earthquake.