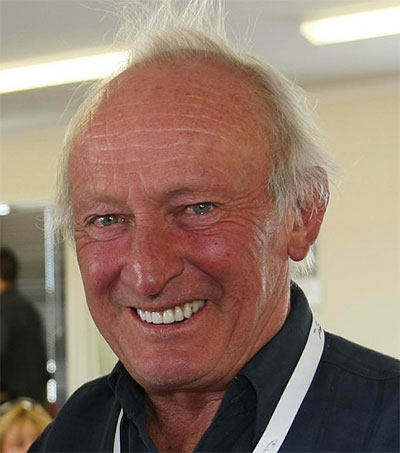 Chris Amon, regarded as one of the best Formula One racing car drivers of his generation, has died in Rotorua at age 73. Toronto Star “Wheels” editor Norris McDonald reflects on the life and times of the New Zealand motor sports legend.

“As most people who follow the sport know, Amon drove in 96 F1 races and never won a world championship Grand Prix,” McDonald writes. “He won eight non-championship F1 races (yes, they used to have those back in the day) and numerous sports car races (including the 24 Hours of Daytona and the 24 Hours of Le Mans – for Ford, in 1966, co-driving with Bruce McLaren) but he was shut out of the ones that counted toward the world championship.

“Amon used to slough off the belief that he suffered from the world’s worst luck by pointing out that he survived in an era when – frankly – upwards of half of the drivers who made it to F1 were killed racing. So, okay. But his luck was still atrocious. We’ve all heard the cliche, but it fits perfectly when applied to Amon: if he hadn’t had bad luck, he wouldn’t have had any luck at all.”

For instance, from Eoin Young’s definitive book on the driver, Forza Amon! McDonald quotes a passage about when Amon gets a flat tyre “in his Ferrari at Le Mans and has to try to change it beside the road, on the Mulsanne Straight, at night, in the dark”:

“‘There was a sort of jack, a torch and a wheel hammer to knock the centre-lock spinner off. The first thing I discovered was that the batteries in the torch were flat but there were plenty of cars coming past with their headlights blazing so I had light on and off – occasional illumination at 200 miles an hour.

“‘[Having changed the tyre I] got back in, fired up and drove away relatively slowly down the straight – but I was still probably doing 100 mph and the tire was disintegrating, flapping wildly. There were sparks showering back from the suspension upright and I assume what eventually happened was that a fuel line was knocked off one of the fuel tanks just in front of the rear wheels. The whole car just went up in flames – BOOF!

“‘I had been tooling down the right-hand side of the track anyway and I aimed it for the ditch. It was getting bloody warm by that stage, so I jumped out, thinking that I had almost stopped, but I was probably still doing 50mph and I ended up somersaulting down the ditch while the Ferrari rolled another 100m along the road before it came to a stop not far from a marshal’s post.

“‘The marshals could see the flames from the car, which was now well alight, and they came running. There were four marshals and three Gendarmes and they soon had the fire out and were searching frantically for the driver – me. They were looking around in the ditch, wondering where I was, and I remember walking up the ditch, feeling a bit battered, and tapping a Gendarme on the shoulder and saying, “Here I am.” Poor guy. He bloody near died of fright!’”

In a Guardian obituary, Richard Williams writes that Amon’s “sublime talent at the wheel was never in doubt.”

Amon was born in Bulls. In 1976 he retired from the track and returned to the family farm in the Manawatu. In 1993 he was made an MBE for his services to motor sport.