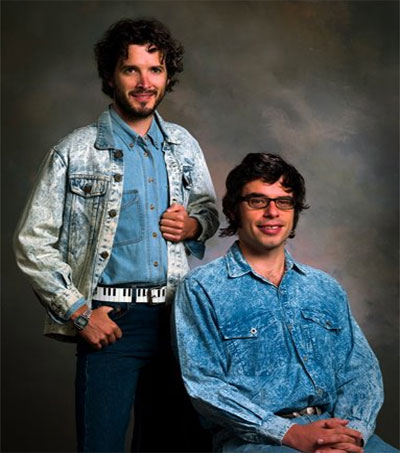 Flight of the Conchords Role Models for Success

Barker, who is best known for his role as pawnshop owner Dave in the Flight of the Conchords television series, says his favourite song from the show is The Most Beautiful Girl in the Room.

“It’s a classic song and it’s also exciting for me as it’s at my character’s party, so I got a name check in it. I’m a fan of them still, really, I just think those guys are so cool,” Barker says.

“They’re great musicians, and when I toured with them I got to see how talented they are. They’re sort of my role model for success, as they’ve stayed so down-to-earth, they haven’t changed at all.

“I’ve been at Bret’s and seen an Oscar next to a Grammy, but it’s not like it’s a big deal. Most of us would have it on a swivelling thing in the living room with special lighting.”

Flight of the Conchords was first shown on HBO in 2007. The show received ten Emmy Award nominations.

Clement, 41, next stars in the Steven Spielberg adaption of Roald Dahl’s classic children’s story The BFG, scheduled for release in mid-2016. Academy Award-winner McKenzie, 39, wrote the original songs for the 2014 movie Muppets Most Wanted.