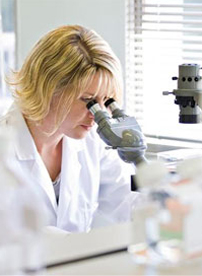 New Zealand company Living Cell Technologies plans to implant pig cells in the human brain in clinical trials to treat Parkinson’s disease and help improve movement and brain functions in patients. The clinical trials, planned for the end of the March quarter 2013, would be the first using pig brain cells for potential treatment in humans. Living Cell chief executive Andrea Grant said pre-clinical trials in monkeys showed improvements of greater than 50 per cent in symptoms. “Within two weeks of implanting the cells, we saw an improvement in the movement tremors that the monkeys had. We saw an improvement in tests of their memory and attention, and the improvement was sustained for the six-month period of the trial,” Grant explained.