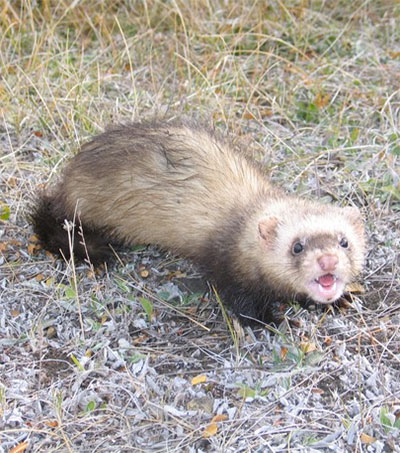 Landcare Researchers say that the stench of ferrets could be a useful tool to protect the country’s birds, as the smell helps to attract non-native predators.

An experiment at a farm in northern Hawke’s Bay found that lacing rabbit meat with ferret odour led to boom in the number of stoats, rats and hedgehogs detected at monitored sites, the New Zealand Herald reports.

“There were very dramatic increases, both in the time the animals spent around the odour and also in the number of detections,” Dr Patrick Garvey of Landcare Research told the Herald.

“We were told that if we could increase detection or trapping rates by 50 per cent, we’d be doing amazingly well – and we got a 300 per cent increase in stoat detections over the month,” Garvey said.

Garvey likens it to humans smelling smoke: “Instead of running away from it, we’ll investigate the source and will try to find out more about it to make things safer for us,” he says.