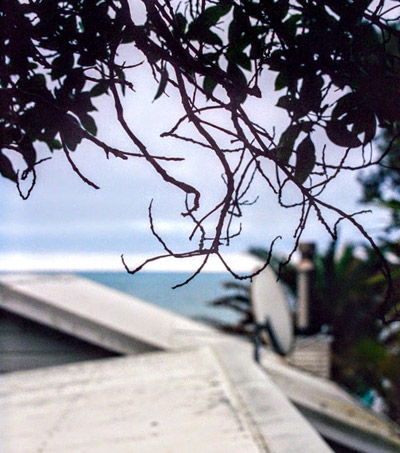 Everything Wrong with the NZ Doomsday Survival Plan

“You know things are getting risky when billionaires start making plans to flee to New Zealand on the off chance civilization might collapse,” writes Outside magazine contributing editor Wes Siler. “The thing is, despite their virtually unlimited budgets, none of these guys is doing it right. Here’s what you can learn from their mistakes.

Siler riffs off the Peter Thiel New Zealand citizenship revelations and the recent New Yorker article which suggests that “fifty-plus percent” of Silicon Valley billionaires own some sort of survival hideaway , and says that purchasing property in New Zealand has become a “wink, wink, say no more” acknowledgement that you’re making plans for doomsday. He notes that in the week following Donald Trump’s election, a record 13,401 Americans registered interest in gaining residency in that country.

Siler asks “Why New Zealand? Well, it’s a politically stable country that’s geographically isolated. What little population it has is mostly Western, and its mountainous terrain and distance from the equator largely shield it from the effects of climate change—and the rising sea levels it will bring. It’s also hard to get to, which is where we start the discussion of why it’s a bad place to plan to spend the apocalypse.”

Trolling through a list of potential disaster scenarios, Siler asks “What if The Big One destroys most of California? What if a comet hits Earth? What if hackers destroy the Internet, and global financial networks and governments with it? For Thiel and other billionaires, the answer to all those questions appears to be ‘Flee to New Zealand!’”

Predicating survival scenarios on the successful execution of a complicated series of events is a recipe for failure, says Siler. By their very nature, these big, hypothetical disasters would create chaos and undo societies. You won’t be able to rely on the lights turning on when you flip a switch anymore.

“Right now,” says Siler, “survival is trendy. Particularly among people who like the idea of doing tough guy stuff, but don’t actually go out and do tough guy things. You get the feeling that doomsday prep is just a fun hobby, or mental puzzle for these dudes—one they’re able to indulge a little more than you or I might be able to. You buy a neon green tomahawk at Walmart just in case the zombies ever rise; Peter Thiel buys a 477-acre farm in New Zealand. Neither one will ever be used for its intended purpose.

“Which brings me to my whole point here. Your neon green tomahawk was a waste of money. And unless he takes up sheep husbandry, so is Thiel’s New Zealand farm. There is a way to effectively prepare to survive the apocalypse, but it doesn’t involve bunkers, and it doesn’t involve plane rides to the southern hemisphere.”

Siler examines a number of survival skills an individual could master without buying a bunker or moving to New Zealand. “Both motorcycles and archery are skills that, if developed, could payoff big time in disasters large and small. Both are also fun hobbies. By spending time learning them, not only are you giving yourself something fun and practical to do, but you’re also working towards the kind of general real world competency that will make your life better both right now, and post-apocalypse.

“Are these guys good enough motorcyclists that they could safely ride through a panicked city? Are they good enough with a bow to reliably make a one-shot kill on a deer? With all that money, answering yes to both shouldn’t be a problem. And that’s where they should be spending their cash: not on building bunkers in New Zealand, but on gaining experience in real life.

“Survival doesn’t have to be just a dumb hobby you spend too much money on. By treating it as an excuse to learn how to do new stuff, it can give you a better life right now, too. Silicon Valley tech billionaires, it is not too late. There’s still time to learn real world skills before shit hits the fan.”

Original article by Wes Siler for Outside, January 20, 2017