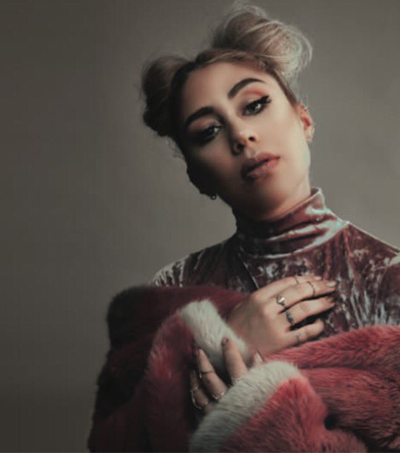 “Her name might not be that familiar around this part of the world just yet but things seem to be looking up for New Zealand singer Theia,” writes Suky Gill in an article for Star2.com. The New Zealander “came onto the scene last year with the release of her first single, Roam.”

“I wrote Roam a few years ago when I was in between studio sessions in Sydney and Auckland. I was feeling a little unsettled – staying in hotels, being away from my home and family and mildly freaking out about the prospect of this being my life for the foreseeable future. I wanted to write a song that would help ground me,” said Theia.

Theia who describes her brand of music as “glitter pop” “actually bears an uncanny resemblance to Lady Gaga” – one of her influencers music-wise, according to the article.

“I find inspiration in so many things but I definitely find that fashion and music are the biggest sources. For me, the two go hand-in-hand,” she said.

“Music has always been an important part of my life. I started writing songs when I was just little; I’d write about ponies and love! Later in my teens, I took inspiration from artistes like Amy Winehouse, Rihanna and Lady Gaga. And when the time was right, after I’d finished my studies at university, I decided that I wanted to throw myself into it and give music my best shot,” she said.

“Her hard work paid off as Theia is not only becoming known for her singing but also for her songwriting chops,” reports the article.

Theia said she is thankful for her fans’ “everlasting support and love”.

“Thank you, thank you, thank you! I feel so blessed to have such cool fans. It’s been so incredibly heartwarming to get messages from people all over the world saying that they’ve heard my music. I truly value each and every message I get. It means so much.”