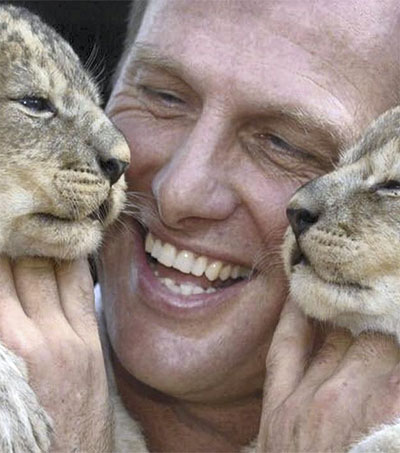 It has been a busy first six months for Dubai Safari under the stewardship of its technical director, New Zealander Timothy Husband, Nick Webster reports for The National. Too big for owners to manage and now illegal, declawed lions, exotic birds and more than 20 apes have been handed over to the Safari following the introduction of anti-trafficking laws.

Sixteen months ago, Federal Law 22 on the trade of wild animals took effect – stating that only zoos, wildlife parks, circuses, breeding and research centres are allowed to keep dangerous, wild or exotic animals.

Now closed for a five-month period for improvements under new operators, one of the new additions to the park will be an expanded sanctuary for animals handed in under an amnesty.

“We’ve had a lot of monkeys handed in, roughly about 20 – mainly baboons and macaques,” Husband said.

“They were being held in private homes, and were getting too big for people to manage.

“I would have expected these animals to be skinny, when most were overweight, inbred and displaying some sort of stereotypical behavioural problem.

“A lot of exotic birds that have been given to us. We had a flood of macaws and toucans that came in at once; there must have been a recent shipment onto the black market. People obviously didn’t realise the noise they make and that they bite, so have given them over.”

Husband insists a sanctuary for recovered animals remains key to the future of Dubai Safari, with a commitment to changing the culture of buying illegally traded wild animal for private ownership.

Husband studied zoology in Sydney, and has worked in zoos and safari parks in Canberra, Cairns, Bali and elsewhere in Indonesia.