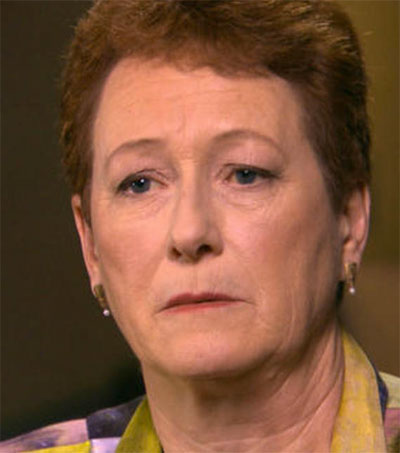 After narrowly surviving being held hostage, former-Xerox executive, New Zealander Mary Quin tells 60 Minutes how she brought a radical British cleric to justice for his role in the kidnapping.

A dual citizen of New Zealand and the United States, Quin liked adventure travel, and in 1998, on a tour of Yemen her group of mainly British, was kidnapped. Four of her fellow tourists were killed. How Quin survived is a story in itself, and so is what she did after the kidnapping. She had a prominent Muslim cleric Abu Hamza sentenced to life in prison for his role in her abduction.

The kidnapping began as Quin’s tour group drove through the Yemeni desert. A pick-up truck of some 18 Yemeni rebel gunmen swerved onto the road forcing her convoy to stop.

“Right away we knew we were going to be taken hostage, that this was a kidnapping,” Quin says.

During a gun-battle between the rebels and Yemen army forces, Quin and her fellow prisoners were forced to become human shields. Quin says she had a “strong feeling” she would survive the ordeal, and that she was going to be “really annoyed” if she was killed and wasn’t able to see how it ended.

“So the mechanism I used, was do it one minute at a time. I’d actually say that to myself, ‘stay alive one minute’,” she says.

Later, Quin spent months obsessed with the kidnapping. She read everything she could about the terrorist trial. Four had been captured and convicted. Their leader was executed. Quin then learned about a connection between the defendants and a radical British cleric, Abu Hamza whose hands had been blown off in an explosion.

Quin managed to meet with Abu Hamza and record “devastating evidence” of the defendant’s guilt.

Thirteen years after the kidnapping Abu Hanza stood trial in New York. Quin testified against him and prosecutors played her tape for the jury.

Quin felt the murdered friends she’s made on the tour had finally gotten justice. Now, she could put it behind her.

Quin wrote a book about the affair: Kidnapped in Yemen: One Woman’s Amazing Escape from Captivity. She is originally from Palmerston North.