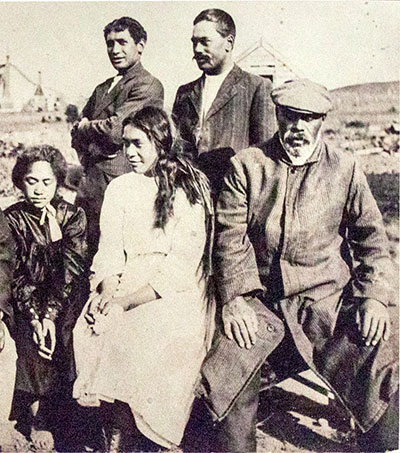 “Of all the peoples in the world who suffered during the course of the spread of English across the globe over the last 400 years, one of the groups that suffered the most were undoubtedly the Moriori people of the Chatham Islands,” English sociolinguist, academic and author Peter Trudgill writes in a story published online by British pan-European weekly political and cultural newspaper and website, The New European.

“The Chatham Islands lie in the South Pacific, about 800km east of the South Island. The New Zealanders who live there today inhabit two of the islands, Chatham Island and the much smaller Pitt Island. There are only about 700 inhabitants; guests at the hotel are informed that dinner is at 6pm, except that it’s later on Tuesdays when the chef plays rugby,” Trudgill writes.

“The last person of full Moriori descent died in 1933, though today there is something of a renaissance, with modern descendants of the Chatham Islands Moriori pushing for more recognition.”