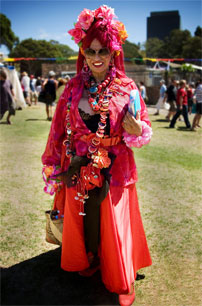 Transgender icon Taumaranui-born Carmen Rupe has died in Sydney, aged 75. Carmen was born into a family of 13 and was known as Trevor Rupe for about the first 20 years of her life. She moved to Sydney to become a sex worker in the 1950s. It was while working in Kings Cross as the first Maori drag queen that she took on the name that would see her become a heroine to the gay community. Carmen also performed in Les Girls in Kings Cross and at the first openly gay bar, The Purple Onion. She returned to Wellington in the 1960s to develop sex venues at a time when homosexuality and prostitution were illegal. The best known was Carmen’s International Coffee Lounge, decorated flamboyantly with avant-garde art and tropical fish. The entrepreneur and entertainer made an unsuccessful bid for the Wellington mayoralty in 1977, on platforms which were radical at the time. She campaigned for hotel bars to be open till midnight or even 2am, the drinking age to be lowered to 18, prostitution to be made legal, homosexual acts to be decriminalised, abortion to be decriminalised and nudity on some beaches. All these are now legal. “I enjoyed doing the campaign. I had Bob Jones help me. I haven’t seen him in years. He’s probably better looking than me now,” she said in a 2009 interview with the Dominion Post. Carmen lived out her final years in Sydney, returning home to visit Wellington in 2009. New Zealand’s first transgender MP, Georgina Beyer met Carmen in her coffee lounge in 1976 and “she gave me my first client. She was a colourful character, with a huge heart”. She also remembered the risqué Mae West-style one-liners — “My name is Carmen, I don’t know if I’m Carmen or goin’” and “I’m a trisexual — I’ll try anything.” She will be buried at Sydney’s Rookwood Maori Cemetery.