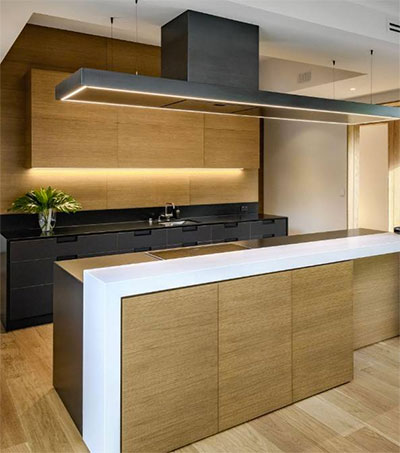 The world’s best kitchen has been unveiled at a prestigious annual design awards ceremony in London. Alice Murphy reports for the Daily Mail on the prize, which was won by New Zealander Davinia Sutton.

Sutton said the kitchen was designed for clients who requested an “uncluttered, chic, smooth space” made with edgy, urban materials.

The acclaimed designer, who won three accolades in the 2018 German Design Awards, had two kitchens in the final of this year’s Designer Kitchen and Bathroom Awards. The only other finalist was also a New Zealander – Leonie Metger of Cube Dentro, an Auckland designer.

Now in its 17th year, the Designer Kitchen and Bathroom Awards attract world-renowned designers and senior professionals from the interior industry.

American actor Zoë Kravitz is a master of the bejewelled bralette, according to British Vogue journalist Alice Newbold. Her Met Gala 2021 moment was a riff on these looks, only with…