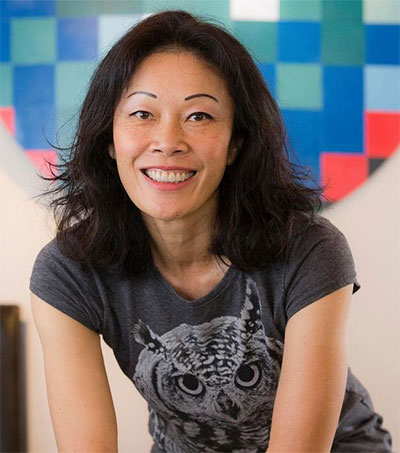 In 1983, Aucklander Geeling Ching was 23 years old and waiting tables at a Sydney café when she was chosen to play the lead role in David Bowie’s “China Girl,” Associated Press reports. She says the music video and the brief romance with Bowie that followed in the 1980s were like a surreal dream and a life-changer.

Ching was already a fan when she met Bowie. As a teenager, she’d put Bowie posters up on her bedroom wall and bought one of his albums.

“There was something quite other-worldly about him,” she told the Associated Press. “He was beautiful. Just beautiful.”

The video parodies Asian stereotypes and went on to win an MTV award. At the time, the unedited version was banned from New Zealand and some other countries for a raunchy scene on a beach.

In 2007, she ran the New York City Marathon, listening to Bowie’s “Heroes” album as she crossed the finish line.