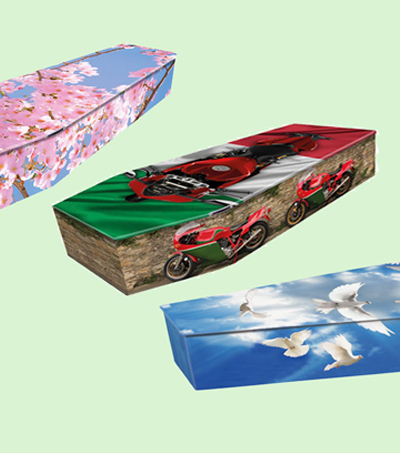 “Roger Terry and his wife, Grace, have little interest in quilting, fishing or book clubs. Instead, they meet with other retired friends each Tuesday at a disused sports center to build coffins, a hobby that has gathered followers across New Zealand,” writes Michelle Innis in an article for The New York Times.

According to Mr. Terry, the chairman of the Hawke’s Bay D.I.Y. Coffin Club, the club has 120 members. The oldest is 94, with mid-70s being the average.

“We have a heap of fun,” said Grace Terry, 77, a former nurse in Hawke’s Bay, on the North Island of New Zealand. “I’ve seen people come alive making their own coffins.”

“It gives us old fellas something of interest, something to do,” said Mr. Terry. “But it also serves a purpose.”

New Zealand’s first coffin club was established in 2010 by a palliative care nurse, Katie Williams in a makeshift workshop in her yard in Rotorua, also on the North Island, reports the article.

“It grew from there,” said Joanne La Grouw, the treasurer of the Kiwi Coffin Club Rotorua. The club’s motto is “fine and affordable underground furniture.”

The coffins, which are inscribed with the club’s initials, K.C.C and are built to meet national standards “can also double as aboveground furniture at home, disguised with cushions or blankets, until it is time for their primary purpose.”

“We like to say it is only a box until you put someone in it,” said Ms. La Grouw, whose mother died at 94 last year.