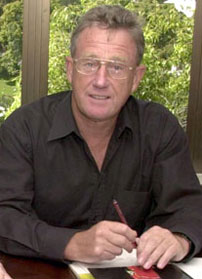 New Zealand cricket commentator, coach, administrator and former Canterbury offspinner, Peter Sharp has died aged 72. Sharp played eight first-class matches over two seasons, taking 21 wickets at an average of 26.90. He began his 45-year commentary career in 1966, after the end of his first-class stint, and was also involved in coaching. He was awarded the Sutcliffe Medal for outstanding services to cricket in 2006. “Peter has been a great servant of cricket in this country, firstly as a first-class player before forging a long and successful career as a cricket commentator,” New Zealand Cricket president Dennis Currie said. “Peter was instrumental in the grassroots area of the game, establishing the modified game of Kiwi cricket in New Zealand and Canterbury Cricket,” Currie said. “We will always treasure the great contribution he made in many different ways to cricket in this country.”