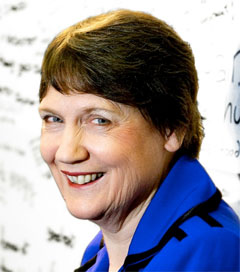 According to former Prime Minister Helen Clark, head of the United Nations Development Program since 2009, Mali needs a very clear timetable for national dialogue, constitutional reform and improved governance. “You have to do this first, otherwise Mali will fall over again,” Clark told The New York Times’ Rendezvous blog. New York-based Clark was in Britain to give a lecture to conflict experts at Oxford University, where she warned that Mali’s road back from a combination of violent conflict and constitutional crisis was not an easy one. “Long-term stability for Mali requires dedication to inclusive governance and to inclusive and equitable development across the country.” Clark has held the third-highest UN position, since 2009.