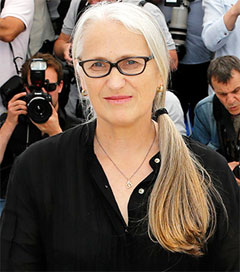 Campion is the only female director to have won the festival’s Palme d’Or grand prize for The Piano in 1993.

“Since I first went to Cannes with my short films in 1986,” Campion said in a statement, “I have had the opportunity to see the festival from many sides and my admiration for this Queen of film festivals has only grown larger.”

Cannes director Thierry Fremaux added: “We are immensely proud that Jane Campion has accepted our invitation. She is one of those directors who perfectly embody the idea that you can make films as an artist and yet still appeal to a worldwide public.”

Campion most recently directed the acclaimed six-part mini-series Top of the Lake starring Mad Men‘s Elisabeth Moss, which was nominated for best TV mini-series at the recent Golden Globe awards. Moss won a Golden Globe for best actress in a mini-series.