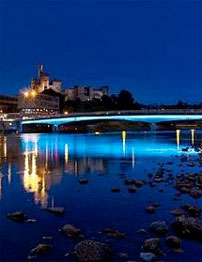 The Wanganui City Bridge is sporting a refreshing new look at night as a result of new GE80W R150 LED luminaires, the Financial describes. “The 14 new fittings on the bridge will save the Wanganui District Council up to $9000 over the life of the fittings in terms of reduced power and maintenance costs. This translates into a payback period of 6.2 years. Councilor Ray Stevens, chair of the Infrastructure and Property Committee of Wanganui District Council said: ‘The public will notice that the new LED light fittings create a ‘white light’ rather than an ‘orange glow’ from the sodium lights which were previously installed.’”