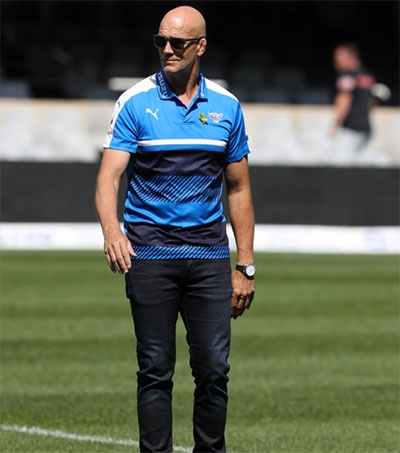 Last week, England head coach Eddie Jones confirmed that he wants to appoint both an attack and defence coach before the start of his next training camp on 23 September.

“It is all in train,” Jones said. “If you’ve ever been involved in an employment contract situation there’s never a set timeline. But we’re confident both the coaches will be in place for when we need them.”

After the RFU swooped to prise Jones from the Stormers after the 2015 World Cup, there would be a certain sense of deja vu about any approach for Mitchell, who was only appointed as Bulls coach in May after a short spell in charge of the USA.

In a tweet, the Bulls confirmed that an unspecified approach for Mitchell has been made. “The Blue Bulls Company (BBCo) would like to confirm that John Mitchell informed us that interest was shown in his services. No formal offer has however been received,” the Bulls said.

Mitchell previously coached England as forwards coach under Sir Clive Woodward from 1997 to 2000 and has also coached Sale Sharks and New Zealand. The 54-year-old may even rival Jones for possessing the most ferocious reputation in the game.