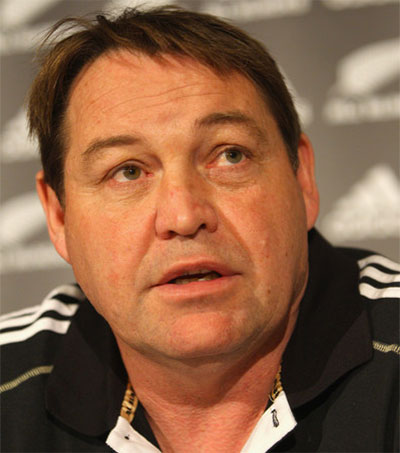 Three-times World Rugby Coach of the Year New Zealander Steve Hansen, 56, has been named an honorary high chief, or matai, of Vaiala village in Samoa, a day after his All Blacks team beat their hosts 25-16 in their first test match in the Pacific.

New Zealand media reported that prominent television commentator Ken Laban had been a strong advocate for the honour because Hansen had agreed to bring his side to Samoa for the match.

“It is just a game of football but for the people of Samoa it is more than that and the legacy that Steve Hansen and this All Black team have left will be long lasting,” Laban, who has strong links with Vaiala, told the New Zealand Herald.

“There wouldn’t have been an All Black test in Samoa without Steve Hansen. He told me the defining decision to approve the game from his perspective was after he spoke to his senior Samoan players in the All Blacks – Jerome Kaino, Keven Mealamu and Ma’a Nonu.“

Samoa Prime Minister and rugby union chairman Tuilaepa Sailele Maleilegaoi also attended the ceremony and joked that his country would now be open to more raids of their promising players by New Zealand.

“From now on I will have trouble retaining my Manu Samoa boys,” Maleilegaoi said. “They will all want to serve you, another prominent chief.”