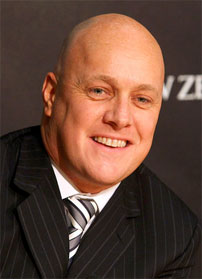 Big Plans for the Pacific Rim

Former president and chief executive of Unilever’s Canadian business, New Zealander Christopher Luxon, 41, has been named Rob Fyfe’s successor as CEO of Air New Zealand. Luxon joined Air New Zealand in May 2011 and has been managing the airline’s international arm. He said the carrier’s focus on passenger comfort makes him optimistic about growing revenue on international routes to Asia and North America despite the gloomy global economic outlook. “We’re bullish about the whole of the Pacific rim,” Luxon said. “We think there’s the potential for lots of growth. We’re quite ambitious about our plans to grow China,” he said. “Japan’s a very important market, too, and is starting to recover.”