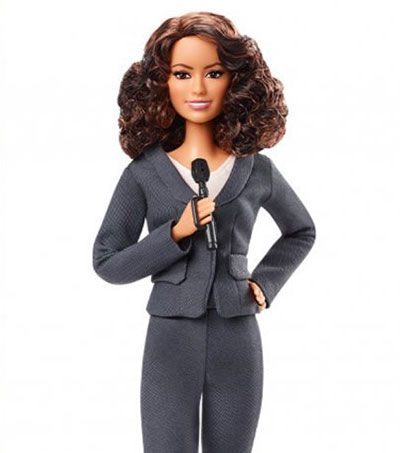 The doll, which has “curly hair and beautiful brown skin”, holds a microphone as part of her job as a journalist.

Robinson is among 20 women that have had Barbie dolls made in their image as part of an International Women’s Day campaign.

She is the first New Zealander to have a Barbie doll made in her likeness.

“Seriously cool to be selected to inspire young girls with the first ever New Zealand Barbie – she’s Māori and a commentator!” Robinson said in an Instagram post.

Robinson was an international rugby union player who won two rugby world cups with the Black Ferns. She later went on to become a sports journalist.

Prue Kapua, the national president of the Māori Women’s Welfare League, told the BBC that Barbie’s decision to release a Māori doll was a “very positive thing” for its community.

“The fact that there is a Māori Barbie doll will hopefully encourage younger girls to know more about our culture and Māori people,” Kapua said.

“[Locally], we have our own dolls that are reflective of Māori women but this is the first in terms of a worldwide brand. It’s a very positive thing in terms of awareness.”

The newest Barbie campaign by Mattel, which feature 20 women from 18 countries, comes as part of the brand’s 60th anniversary and International Women’s Day.