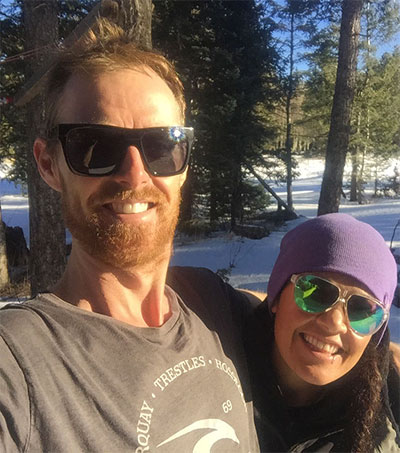 New Zealanders Shaz Dagan and her partner Easy Fergus have been heading up the snowmaking and grooming crew at Arizona’s Sunrise Park Resort this winter.

Dagan started her career plans like many people – planning to attend a university. A one-week ski holiday just before heading off to study criminal justice sidetracked her into a different life.

“I just wanted to do something fun,” Dagan said, and she discovered skiing and snowboarding.

When Fergus asked her in 2005 to be a grooming manager at Snow Planet, an indoor snow park in New Zealand, she stepped into the snow side of the business, learning snowmaking and grooming, including working on the various machines, and their mechanical and electrical systems.

And she hasn’t looked back.

She has been working in the United States from about October to March, when it’s summer in the Southern Hemisphere.

Dagan and Fergus will wrap up in the next couple of weeks before heading off on “holiday.” As autumn rolls around in New Zealand, they will return to work on Mount Ruapehu.