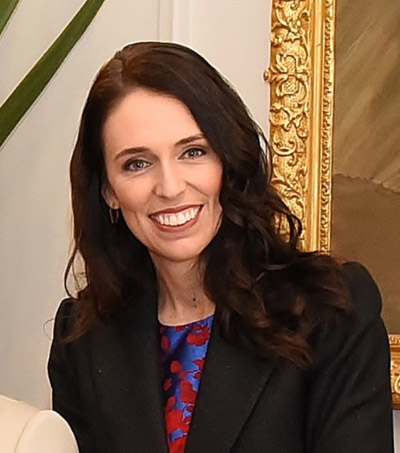 “Jacinda Ardern has a list of promises for improving the lives of lower-income people.” While this is pretty standard for a fresh centre-left government”, “one of her approaches for achieving it is not,” writes Peter Hartcher in an article for The Sydney Morning Herald. “The new Prime Minister is planning a world first that could once more make New Zealand a social laboratory for the world.”

“We are establishing a living standard framework. We are looking beyond economic markers,” said Ardern. “If we are increasing GDP and increasingly seeing environmental degradation and social suffering, it’s hard to say we’ve succeeded”.

“We have given Treasury to fiscal 2019 to have a framework ready” for measuring national progress on all three fronts – raising income, yes, but also improving environmental and social goods.

“This approach has been hugely fashionable among progressive economists in the last decade” and was fathered by the Indian economic philosopher Amartya Sen and mothered by governments in Britain and France. However, “no government has implemented “wellbeing economics” in any meaningful way,” reports the article.

“The best indication of the way we want to work is that we’ve put in place child poverty levels” that we want to achieve, said Ardern. “Our budgets will measure progress against that.”

“Ardern has promised to make NZ “the best place in the world to be a child”. She has set the goal of approximately halving child poverty in 10 years. She has given herself the new portfolio title of Minister for Child Poverty Reduction.”

“She has set clear targets; her mechanisms for achieving them are vague. Her government’s proposals were accurately criticised last month by the then opposition leader, Bill English as being “so high level and general that they refer to no one in particular, and no one will be held responsible for any lack of progress”,” writes Hartcher.

“A big political question is whether this social policy agenda is enough to give her government real purpose. After all, she leads a centre-left government, and this type of political party is becoming an endangered species around the world.”

“Is it just a matter of time before the labour parties of Australia and New Zealand fall into the same crisis besetting social democratic parties everywhere else?”

“Ardern is being careful to try to occupy so much of the middle ground of NZ politics that she offers no easy avenues of attack from the right,” reports the article. “And she’s being “fiscally careful” in the words of leading NZ journalist and economic policy analyst Colin James.

“If Ardern can sensibly pioneer a way to transform modern economies from GDP-centric systems to ones that put human wellbeing at the centre in a systematic way, she might do a lot more than improve living standards in NZ. She just might revitalise the vision and purpose of social democracy everywhere,” writes Hartcher.