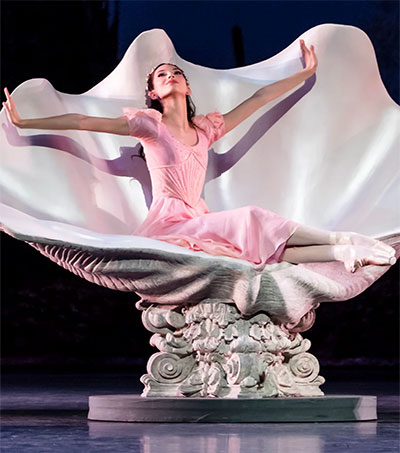 Hannah O’Neill, 24, a New Zealander who joined the Paris Opéra Ballet company in 2011, is “a beguiling” Titania, Paul Jennings writes in an Observer review of the Opéra Bastille performance of A Midsummer Night’s Dream.

“This two-act work was secured for the Paris Opéra Ballet by Benjamin Millepied, who resigned as director of the company last year. It was a smart choice, as was Millepied’s decision to commission new sets and costumes from Christian Lacroix. The result retains the delicate magic of the New York production, but is infused with a whimsical Parisian chic.”

O’Neill studied at Tokyo’s Kishibe Ballet Studio and the Australian Ballet School. She has won the Youth America Grand Prix and the Prix de Lausanne.