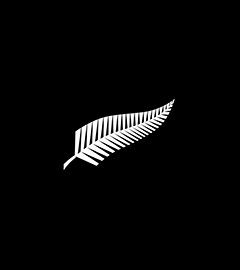 The All Blacks are like a vampire – “you have to stick two stakes through the heart at the crossroads to make sure they are dead and buried,” says John Breen. The proud Irish playwright, who wrote Alone It Stands about Munster’s momentous 12-0 victory over New Zealand in 1978, faced the prospect of having to change his script as a gallant Ireland led the All Blacks in the dying minutes of the test at Aviva Stadium in Dublin.

“I was getting texts and emails from all over the country saying, ‘you’re going to have to change the title [of Alone It Stands],” Breen told Radio New Zealand. “It was an extraordinary experience.”

But Breen said the heart-breaking loss after the fulltime hooter had sounded defied all logic and common sense.

“If I had written this game as a piece of fiction, people would have said it’s ridiculous – ‘no, no, that can’t possibly happen’,” said Breen. “You can’t be five points ahead in the last minute of the game and have the All Blacks run in a try right at the death and then have two conversion attempts to win the game.”

Munster are the only Irish team to have beaten the All Blacks and, alas, alone the record still stands, he ruefully noted.

“It was a cruel, cruel, cruel way for a fantastic Irish team to lose. But sadly, lose they did,” Breen said. “Irish history is full of glorious defeats and this is surely in the history books as one of those.

“It was a credit to the team that they took no comfort in a glorious defeat,” he added, referencing a new attitude under Kiwi coach, Joe Schmidt. “What we want now are our glorious victories.”