NZEDGE  >  News  >  Arts  >  Wilderpeople Lavished with Praise in US 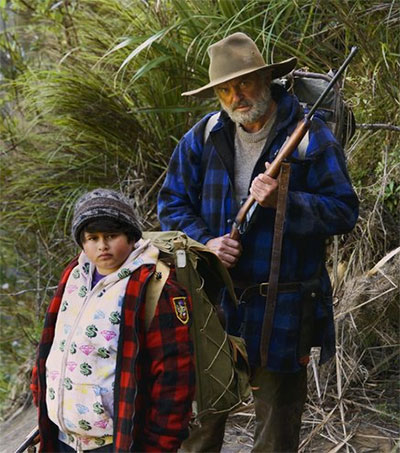 Wilderpeople Lavished with Praise in US

“Every once in a while, a small, unheralded film comes along, so smart and funny, such a pleasure to experience, you can’t believe your luck. Hunt for the Wilderpeople is such a film,” Los Angeles Times reviewer Kenneth Turan declares.

“Wilderpeople was a surprise audience favourite at Sundance, where everyone who mentioned it smiled at the memory, and with good reason,” Turan writes. “The film has a gently absurdist quality, a simultaneously sweet and subversive sensibility all its own, mixing warmth, adventure and comedy in ways that consistently surprise.

“Much of this tone comes from the novel Wilderpeople is based on, Wild Pork and Watercress by Barry Crump, an idiosyncratic author so beloved in New Zealand he has sold more than a million books in a 4-million-person country. (Crump’s one-of-a-kind New Zealand TV spots for Toyota four-wheel-drive vehicles, available on YouTube, made him even more of a national figure before his death in 1996.)

“The combination of Crump’s sensibility, [Taika] Waititi’s growing stature as a filmmaker and an irresistible story persuaded some of New Zealand’s top actors, starting with the veteran Sam Neill, letter-perfect as unbending outdoorsman Hec Faulkner, to take roles in the picture.

“But Wilderpeople wouldn’t be the success it is without its 13-year-old costar, Julian Dennison. A talented performer in only his third feature, Dennison creates a convincingly multidimensional character whose personal unpredictability and sincere spontaneity is never in doubt.

“Director Waititi, who has an amusing cameo as a minister and whose improbable follow-up will be the Marvel behemoth Thor: Ragnarok, is at the heart of Wilderpeople’s success. He not only casually blends entertainment and emotional resonance, he makes creating something both site specific and universal look like the easiest task of all.”

The Wall Street Journal decreed the film “delectable” and “picaresque”.

And of Waititi’s directorship the New York Times said he is able to “distill a worldview into a single, perfect cinematic moment.”

Photo by The Orchard.