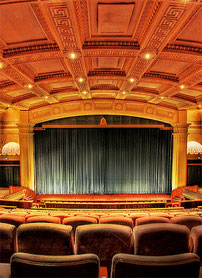 The world premiere of Peter Jackson’s The Hobbit: An Unexpected Journey will take place at Wellington’s Embassy Theatre on 28 November two weeks ahead of the film’s release on 14 December. Based on the novel by J.R.R. Tolkien, The Hobbit is set 60 years before the Lord Of The Rings trilogy of films. In An Unexpected Journey, Bilbo Baggins attempts to reclaim the lost Dwarf Kingdom of Erebor from Smaug, the dragon. The film’s cast includes Sherlock’s Martin Freeman, who takes the lead role of Baggins. The film is split into two parts, with the second instalment — The Hobbit: There And Back Again — due for release in December 2013.