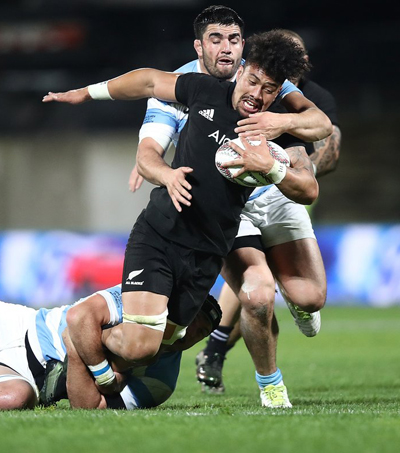 “With just half an hour remaining, the All Blacks trailed their resolute opponents 22-15 and had been reduced to 14 men thanks to Beauden Barrett’s yellow card.

“However, Fifita burst down the left wing for a crucial response and late tries from Damian McKenzie and Barrett, on his return from the sin bin, secured a rather flattering result.

“Steve Hansen’s side are clearly looking to hone their attacking game with one eye on Rugby World Cup 2019 and generally opted to keep the ball in hand, going to touch from penalties.”

The All Blacks play South Africa on 16 September at QBE Stadium, North Shore.