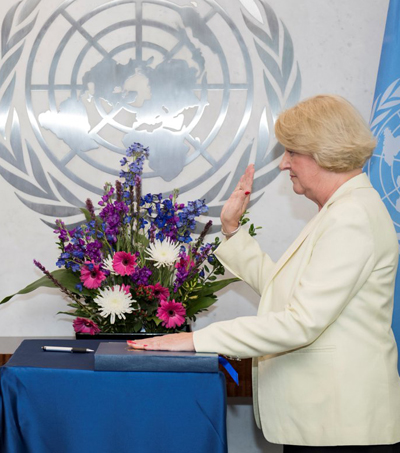 She “brings to the position more than 35 years of experience in the political, development and inter-agency work of the Organization, coupled with extensive knowledge and hands-on experience in the management of human resources, finance, budget, information technology, administrative services and operations.  She has made important contributions in leading and advancing change management initiatives in the Secretariat and at the level of the United Nations system,” as reported in an official statement.

“Ms. Beagle is currently the Deputy Executive Director of the Joint United Nations Programme on HIV/AIDS (UNAIDS) and has over 35 years of experience in political, development and inter-agency work of the Organization. She is an International Gender Champion and co-Chair of the Champions Working Group on Change Management.”

She “holds a Bachelor of Arts and a Master of Arts in history and international relations from the University of Auckland, New Zealand,” according to the statement.