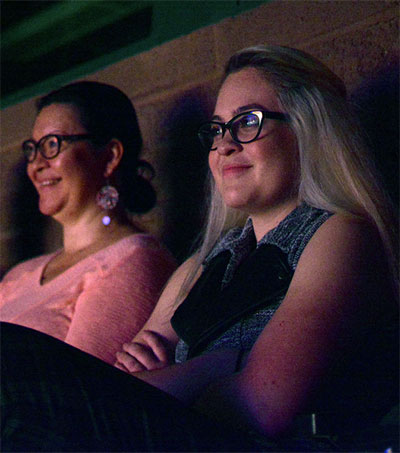 Nineteen-year-old New Zealand-born Samara Attridge, who has always been more of a “centre-stage type, acting and tackling musical theatre,” tells the Arizona Daily Star that she never pictured herself as a writer.

Born in Palmerston North, Attridge, who begins studies in acting at the University of Northern Colorado in August, says that though she’d written poems as a little kid, a creative writing class this past year as a high school senior got her hooked on the power of words.

“I didn’t realise I liked it that much,” Attridge said. “In creative writing, I realised I could create a world.”

In fact, she did – although the world she dreamed up in her comedic play didn’t veer that far from real life. The title of her script: I Wrote A Play (a working title).

Attridge sums it up like this: “The show is basically about the writer, Brooklyn, trying to get through the struggle that is writing while also dealing with hormonal teenagers.”

And though there was as much drama off-stage as on – hormonal teenagers, remember? – Attridge’s four-show run went off without a hitch. Though the play hit the stage in May, she doesn’t consider that the final curtain call.

With a broad smile, Attridge said, “I plan to continue to work on it in college.”