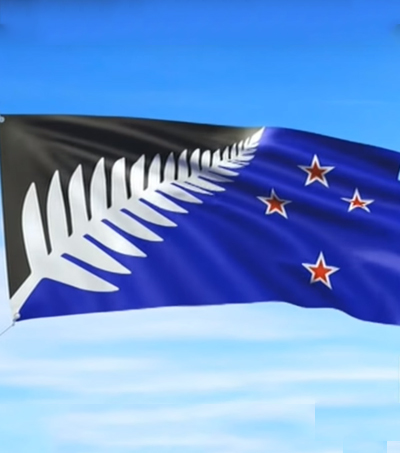 Last week the results of the New Zealand flag referendum were released: The Kiwis voted against changing the flag and in favour of keeping their current flag.

Is that the end of it? Peter Fitz Simons, a director of Ausflag (devoted to Australia having a flag of its own) and chairman of the Australian Republican Movement, believes it isn’t. In an article in The Sydney Morning Herald he outlines why.

“We in Australia know for a sure and certain fact it is going to take us two goes to become a republic, so can it really be surprising that the Kiwis also fell at the first hurdle in changing their flag”.

“Secondly, it is the very nature of these things that once the genie is out of the bottle on a thing like this, it can <<never>> be put back.”

Polls of the great flags of the world (the Canadian, American, British and Japanese flags) show that at least 90 % of people love their flag (quite often even 99.999 per cent. Love not like.

That’s the thing. In 2016 the Kiwi flag is not batting in the high 90s, as 43 per cent don’t want the flag they have and a lot of people want it to change – just not to the flag their committee came up with.

Most people in New Zealand preferred the simple silver fern – the Kiwi Maple Leaf. However, when the Islamic State flag came along looking remarkably similar, it was the end of that version of the flag.

“It is also often overlooked that until recently neither the Kiwis nor we Australians were much into flag-waving in the first place.”

When Sir Edmund Hillary set foot on the summit of Mount Everest on May 29, 1953 – which would have been a moment of flag-waving for many other countries – he didn’t wave a flag. He didn’t even bring a flag.

In a 1995 interview Fitz Simons asked him why he didn’t and Hillary replied: “I didn’t believe in that kind of thing.”

The debate will be ongoing, both in New Zealand and in Australia. “Paul Keating said it best: ‘No great country has a flag of another country in the corner of their flag.’” And Jerry Seinfeld said it funniest: ‘I love your flag,’ he said in the year 2000 when visiting here for the Olympics, ‘Great Britain at night.