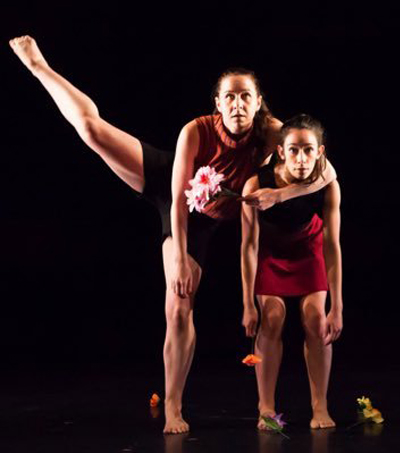 The Kiwi is listed 83rd on Scotland’s Hot 100 list, which is comprised of Scotland’s most influential figures in arts and culture.

“As a performer, Russell has been a notable presence on the Scottish dance scene for a while. But now she’s moved into choreography, things are really hotting up, with Hunting Dust one of the most exciting moments at this year’s Edinburgh Fringe”, as described on The List.

The New Zealander, who graduated from Unitec with a Bachelor in Contemporary Dance has been awarded several grants from Creative Scotland to develop her training as a dancer in places such as Tel Aviv (Gaga Classes) and New York.

She is well known for her work as a choreographer on ‘ID Me‘, ‘Go get ’em, Kid’ , ‘Hunting Dust’ and ‘In the hearts of humans’ and is well-known as a dancer “for her rigorous athleticism, strong stage presence and her ability to work with versatility in a variety of contexts”, according to her profile on Weebly.