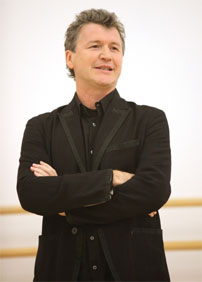 New Zealand-born Simon Phillips is the director of the new Broadway version of Priscilla Queen of the Desert which opens in New York on March 2. Phillips said that his North American producers — led by the entertainer Bette Midler — have offered extensive notes on polishing “Priscilla” for the highly competitive market of commercial Broadway. Phillips began his career in New Zealand before emigrating to Australia in 1984 to take up a position as lecturer and director at the West Australian Academy for Performing Arts. Since becoming artistic director of Melbourne Theatre Company in 2, he has directed more than twenty-five productions, while overseeing the planning and building of the Company’s new home, the MTC Theatre, and its new Headquarters in Stuart Street. He has won numerous awards.